"How the beer should be served and brewed in the country in summertime and wintertime", with these words begins the oldest food law in the world - The German Purity Law for Beer.
Originally there were three targets intended for that law:
1. People should be protected against high beer prices
2. Avoidance of the use of wheat malt in beer that was so important for making bred
3. ban on unwanted and bad ingredients.
These and other rules were regulated by the Purity Law that was announced by Duke Wilhelm IV. and his brother Duke Ludwig X. in Bavaria
on April 23rd 1516. This year we celebrate the 500th anniversary of the German Purity Law for Beer!

Water, Malt, Hops and Yeast. Four ingredients -  nothing else! 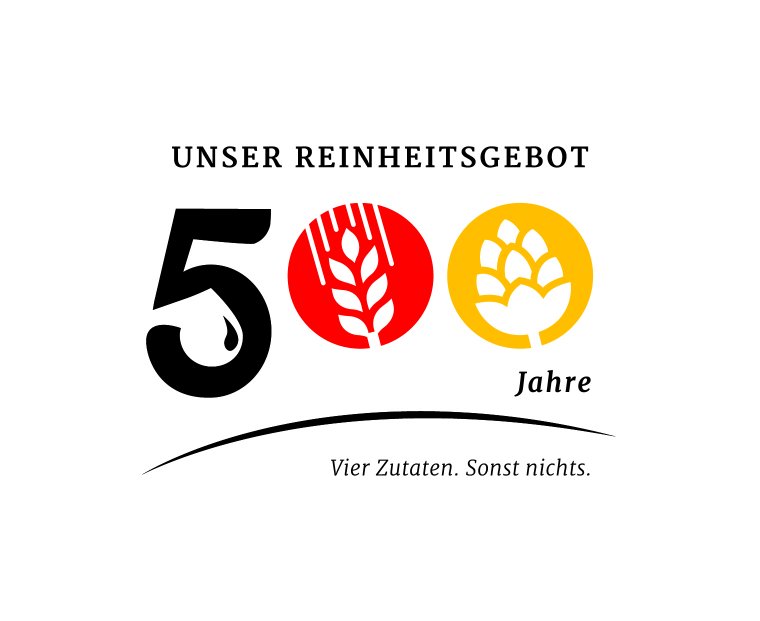